Meeting was called to order by Dave Patterson at 7:34 pm in the lower level due to the number of people.

Minutes from the January meeting were presented by Dave Patterson.  Corrections required: None.  Motion to accept by:  Gerry; Seconded by:  George Lortz. Vote count: for 5, against 0, abstain 0.

Guest Issues: There were no specific issues from any of the guests.  All were attending to learn and hear about the fish survey.

Drivers Test needs to be approved.  This will be sent out via email.  Covered boat lifts will be carried over to the next meeting.

Board Meeting Report:  Pat reported there wasn’t really a board meeting, rather a Town Hall meeting was held to explain some of the results from the Amenities Survey and the lots to be developed beside the golf course. Approximately 150 were in attendance and a good exchange seemed to have happened.

Review of motions   – Since most had to do with the fish limits and these have not been finalized, this item was tabled.

The siphon was working, but the rainy weather has totally overwhelmed it and the lake is just below summerpool. We will abort this project for this year and review what can be changed and give it another try next year.  Peter Soltys is aware of the situation and has no issues with what was done. One of the things to consider is an 18-inch pipe instead of a 12-inch pipe.  This would more than double the water flow capacity of the siphon.

Maintenance will continue to remove the docks and the siphon company has been contacted to come and at least cut the siphon at the sluice gate so that it can be closed on schedule.  The Closing of the Sluice Gate event is scheduled for March 2 at the marina.

Task Force Setups– Jim Buchanan reported that the Board had announced the intent to set up 5 Task Forces to cover 7 of the first 8 ranked Amenities.  The one not covered is the Dog Park, which is a current project by Greendale with HVL resident assistance.  3 of the 8 are related to kayak ramps and storage.  They will be addressed by one task force.  There will be a meeting on February 20 to hand off the tasks to the various task force volunteers.  I would like to have at least one Lakes and Parks Committee member on each of the five task forces.  Here are the task forces with the names of the member who has volunteered for each one:

Lifeguard Shelter– No Change.  This should be completed in the spring.  Need lifeguards badly.

Fish limit Rule– The fish study is complete and we are evaluating the results.  Signs at lakes and marina will be adjusted to reflect revised limits once these have been determined.

Fish Study–  A special meeting was held Wednesday, January 16, 2019 specifically for discussion of the full report and also to receive the presentation that the Fish and Game Club had prepared.  Since then several email reports have been generated and circulated.

We had a lot of discussion on the results and on the emails that went around.  Thanks to the members of the Fish and Game Club who attended.  Their input was very good, not only on the fish study part of the meeting but also on several other topics that were discussed.

The full report is available in Bruce’s office, but the major results of the survey were that:

We are all in agreement that several things need to happen:

We need to continue to add structure to the lake for small fish;

We need to remove a very large number (probably some number greater than a thousand) of “slot” bass (those between 9 and 13 inches);

We need to add baitfish to accelerate correcting the imbalance of predator to prey and improve the health of the larger bass.

To that end, the Fish and Game Club agreed to continue to add structure to the lake.  They presented several measures they plan to take to reduce the “slot” bass population:

Most fishermen subscribe to the “catch and release” mode when fishing.  This mind set needs to be changed.  A lot of this is that they just don’t want to kill the fish in this range, and there is no avenue for them to satisfactorily remove them in an acceptable manner.  To counter this, the Fish and Game Club will provide several floating cages for placement at strategic spots around the lake. These will be 3 ft long by 2 ft wide by 2 feet deep.  Those fishing can use these cages to drop off any “slot” bass they might have caught. Fish and Game club members will regularly check and empty these drop off point cages and take the fish to a pair of holding cages near the sluice gate at the marina.  There are several suggested uses for the fish that end up in these holding cages at the marina, such as making them available free of charge to residents who might want some for dinner, or giving them to outside pond owners.

In turn, the Lakes and Parks Committee has agreed to continue to work with the Fish and Game Club to improve the fishing in the lake.  We will put out notices and modify the fishing regulations boards at the ramp to encourage all fishermen to remove the “slot” bass and put them in the cages.   The Committee will also pass a motion to include in its budget for 2020 funding (approximately $6,750.00) for the purchase of bait fish, at this point probably golden shiners.  This funding will be contingent on the success of the Fish and Game Club’s efforts to significantly reduce the number of “slot” bass in the lake.  This is a motion that will be formally generated at the next Lakes and Parks Committee meeting when we hope to have a higher percentage of members in attendance.

Land Use Plan Task Force update – Most of the activity here was reported above.  The task force is working to finalize the overall Land Use Plan to the board this spring.

New Business– We will be discussing the use of sterile grass carp as an alternative to chemical treatments for the main lake.   This is not as easy a decision to make as might seem from the surface.  Significant study and investigation will be done so that we can make the proper recommendation to the board.

Most items covered above.  Trying to get contractors to submit bids for the Marina shelter and the other projects that are on our agenda for the spring.

Meeting was adjourned at 8:45 p.m.  Thanks to everyone for their time and dedication. 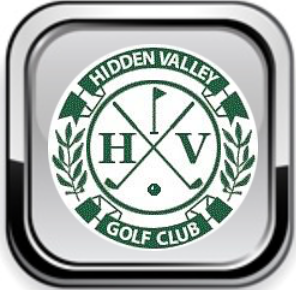