At today’s meeting the distance from the front property line to the front wall of the home was determined to be 41 feet. Sergiy presented corrected plans showing the front deck area installed at limits that appear to be permissible if a 10 ft. front Variance is granted. Currently the non-permitted construction remains in place. The Architecture Committee is willing to recommend the granting of a 10 ft. Front Variance which will require the removal of the portion of the deck that currently extends beyond the limits that would be permitted by the Variance. If that 10 ft. Front Variance is approved by the POA Board, and final design plans (that will have to be provided) are later approved by the Architecture Committee, Sergiy Fesenko may apply for a Permit issued by Dearborn County. Once those steps have been successfully completed the Stop Work Order may be lifted and work may resume. The presentation for considering the final issuing of a permit is targeted for the December Committee meeting if a Variance has been approved by the POA Board.

The following projects were AA approved and will be reviewed:

The following projects were approved by Architecture Committee without a meeting:

The following projects were Board approved:

Old Business: The topic of fines for “Non-Permitted Construction” and other violations requiring “Stop-Work Orders” was discussed. The increase in the number of construction projects found to have been built without a permit has increased significantly and the existing fine of $100.00 does not appear to be a significant deterrent. After discussing options the Committee agreed the simplest resolution would be to increase the penalty for issuing “Stop-Work Orders” to $250.00 and if the existing construction of the resulting project cannot be granted a Permit, the Committee reserves the option of requiring the removal of the non-permitted project. Bruce Keller will be providing rewording of the Rules and Bylaws to provide an update to be presented to the POA Board.

New Business:  Dan Tester announced the need to consider notifying homeowners of the need to make repairs on their docks. His inspection, made after the opening of the sluicegate, found 31 docks in need of some repair. 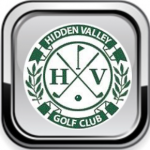